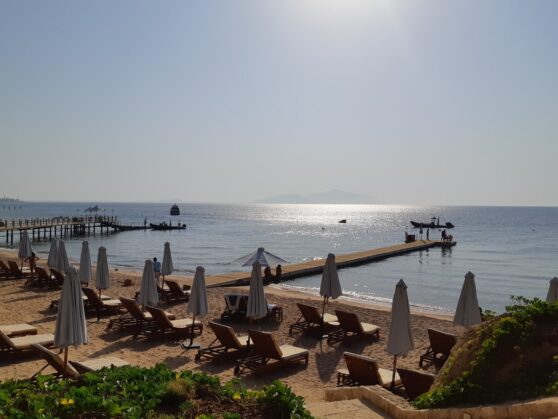 So this is the fourth and final part of my record-long review about the Four Seasons Resort in Sharm El Sheikh. In the first part, I talked about the hotel rooms, in the second about food, in the third about the infrastructure (territory, beach and pool), and now I’ll talk about the sea and reefs near the hotel.

When I choose a hotel in Egypt, one of my priority points is what kind of sea and reefs there is near the hotel.

But in this case, I found very little information about which sea is near the hotel. Therefore, we had to go to the hotel without understanding what awaits us.

The hotel occupies a small bay, spacious enough for those who like to swim a lot and far.

The hotel has 2 piers, one for guests 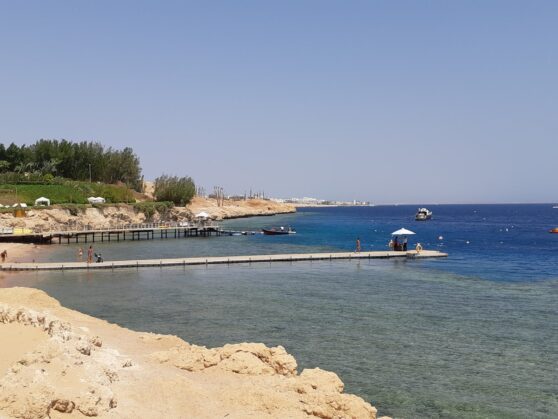 and the other for the diving center. 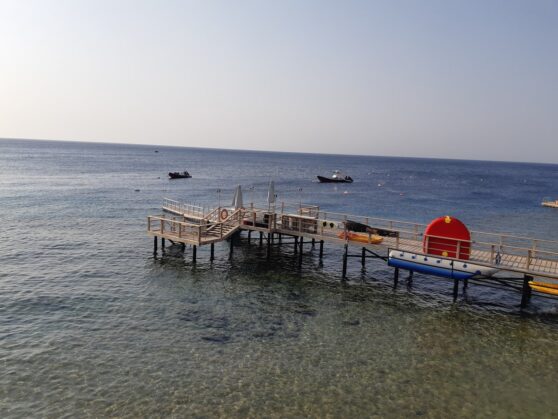 From 8 in the morning, an employee is on duty at the pier, who helps guests if they need to. At the same time, he does not particularly follow where you are swimming, does not whistle. Just reminds you to be careful with swimming towards the pier of the diving center, because there is a constant activity with round-trip boating 🙂

So, near the pier everything is very sad: not deep, all the reefs are gray, there are almost no fish. To see something you need to swim to the right of the main pier. The further, the more lively and interesting the reefs become, there are fish and there are enough of them. The most interesting places are at the cape, behind which is the next hotel. But there is already an open sea, where boats often go, so you need to be careful. 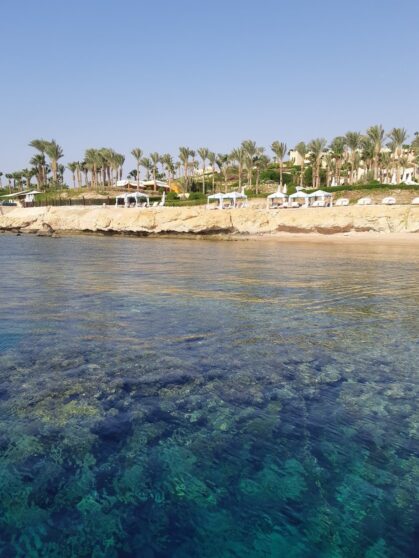 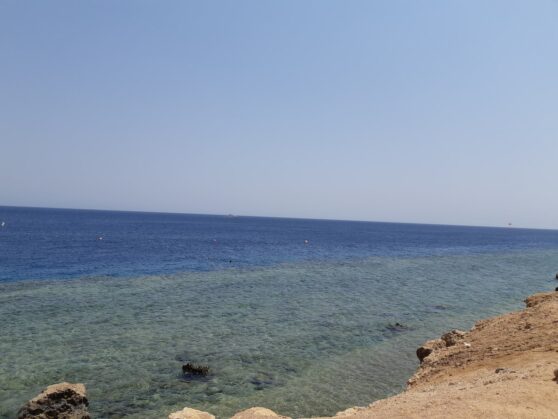 It is inconvenient to swim to the left of the pier: there are a large number of cables that hold the diving center boats. Therefore, we had swum there using diving center pier (however, this should be done early in the morning, while they are not working). 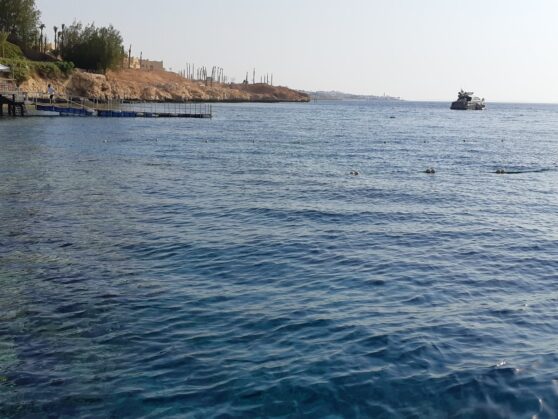 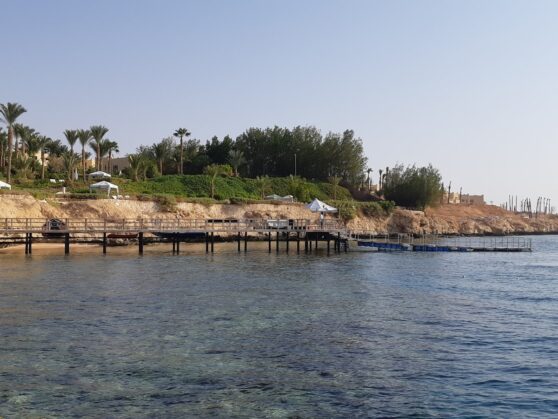 There are also many dead reefs on this side, unfortunately. A little further, on the territory where the construction is underway, the reefs become more interesting, there are enough fish too. The further in that direction, the more interesting it is to look at them, but approaching the cape at the entrance to Sharks Bay, you need to be very careful, there we met quite strong currents and winds.

There is no entrance from the shore, it is possible only to splash at a shallow depth, and then with caution, because the coral ridge immediately begins.

On the last day, early in the morning, a security officer approached us and warned that swimming in the sea was prohibited until 8 am, and asked to sign a form that we were responsible for swimming at prohibited times. What it was, we did not understand, and did not find out, because we’re already leaving 🙂

In general, the water area is large, but for those who like snorkeling in the Red Sea it will not be very interesting here (there are no particularly beautiful reefs and reef gardens). Hopefully the reefs will slowly recover as very few tourists swim in those places, and the hotel is taking measures to grow new reefs, and real connoisseurs of the underwater beauty of the Red Sea will also have something to see.