And again, I am returning to our vacation on Tenerife, and I want to tell you about our short stay overnight in the glorious city of Frankfurt, Germany.

We flew to Frankfurt from Kyiv by WizzAir in the afternoon, and the next day by Ryanair flew to Tenerife early in the morning.

So we needed to get from the airport to the city, take a walk and spend the night. As you remember, we’ve learned about this late in the evening before the day of departure, that is why we had catastrophically short time to figure out how and where to go, and what and where to look.

The easiest task was the road from Frankfurt Airport to the city center. To do this, we’ve moved from one terminal to another using the bus (there are signs everywhere, airport staff kindly shows where to go). Then we bought tickets for the local train in the machine (1 ticket costs 4.95 eur) and boarded a comfortable train (travel time about 15 minutes). 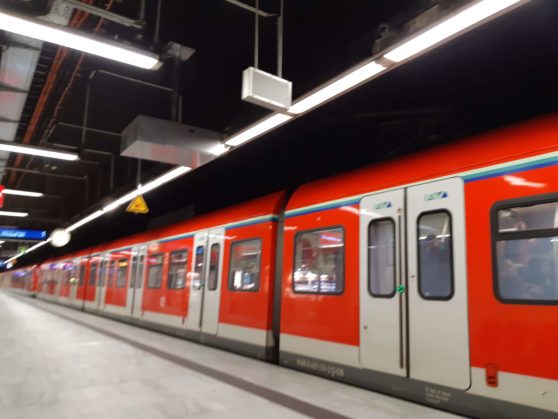 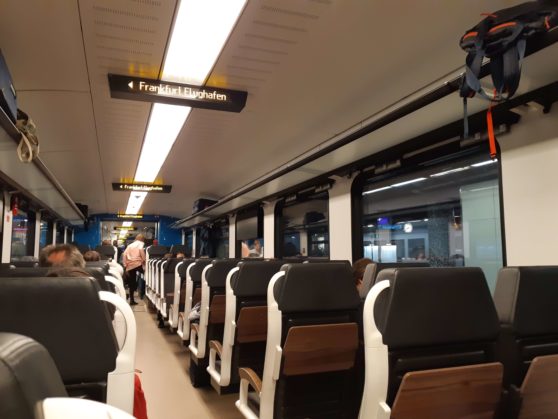 So we quickly got to the main train station in Frankfurt. 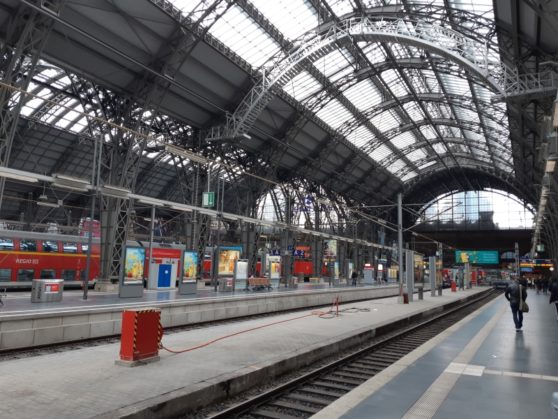 Everything was very bad with the hotels: the prices were very high for all good hotels, I did not want to overpay for them, so I had to take the cheaper hotel but with an ideal location for us.

And so I’ve booked the Hotel Monopol. It is located right at the side exit of the railway station building, 2 steps away and you are there. 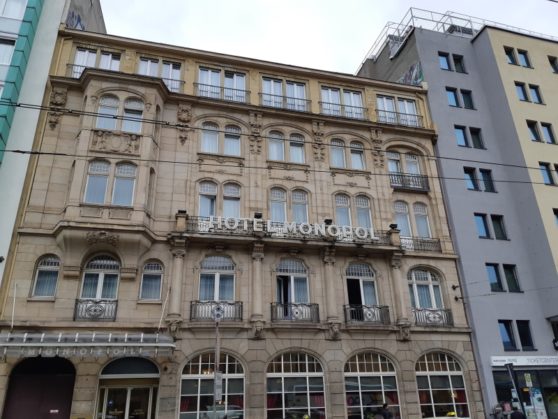 I’ve booked standard room without breakfast, and we’ve got such a rather big but sooooo tired room. 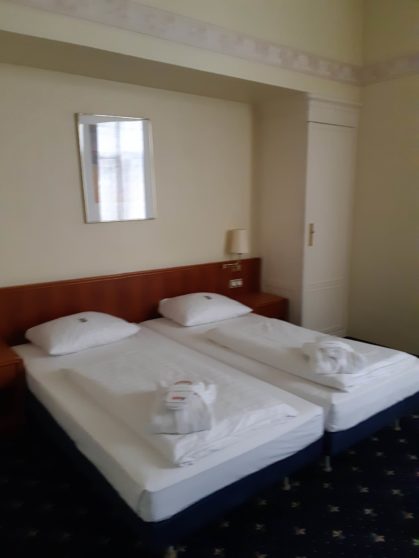 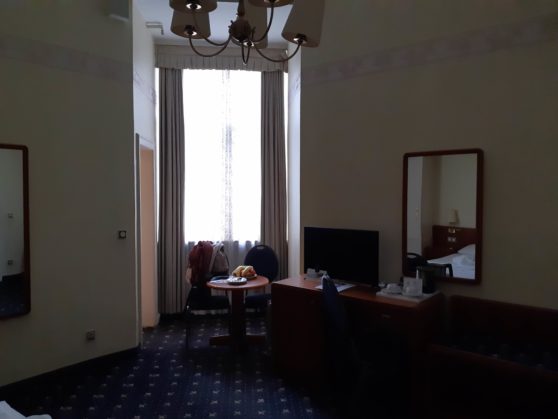 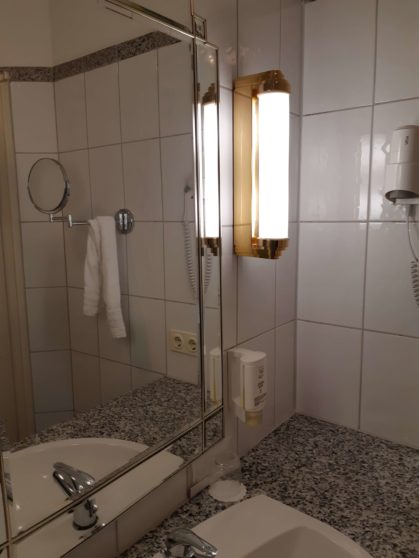 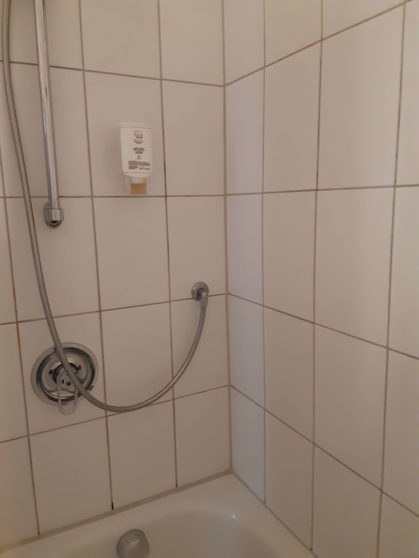 Everywhere was clean, but everything in the room required urgent repair and reconstruction, but 1 night here was real to stay. Hot water was available, the minibar was free 🙂 And most importantly, it was quiet (windows overlooked the courtyard). 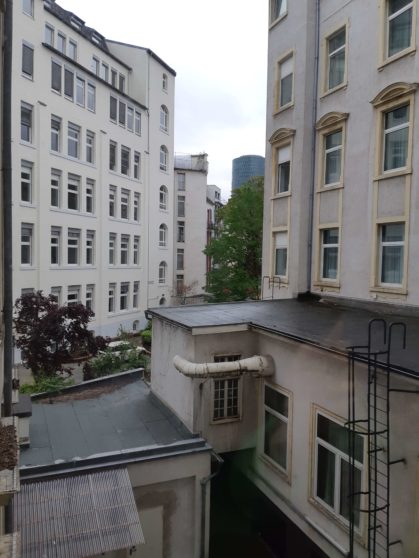 Arriving at the hotel, we’ve went on a short meeting with the city and enjoyed walking there until it started to rain 🙂 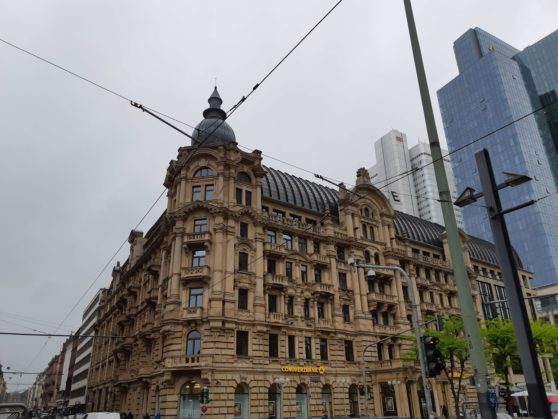 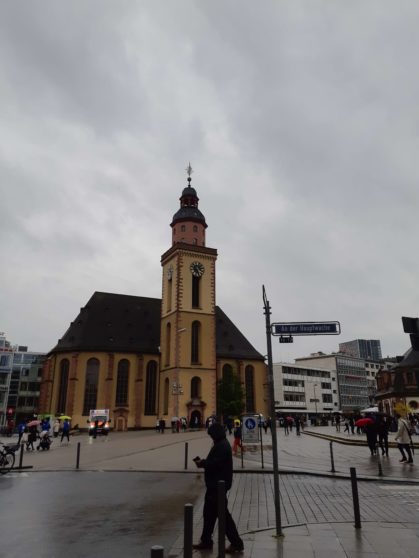 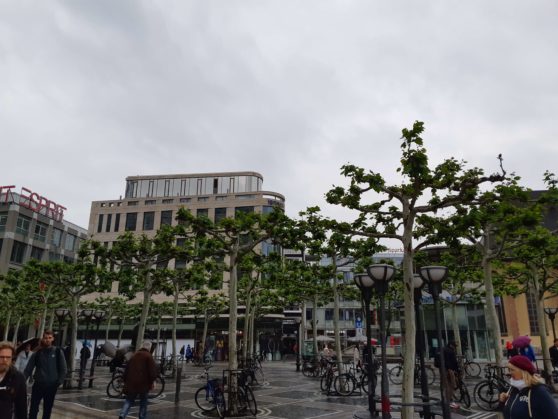 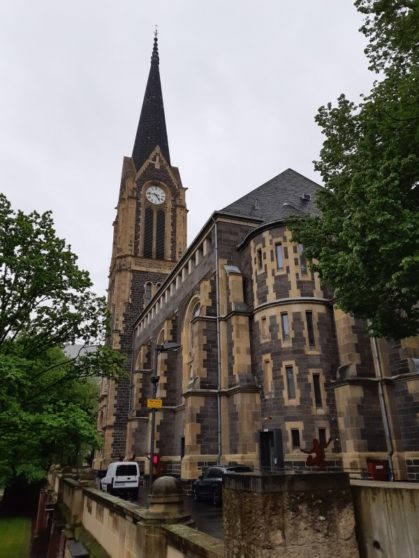 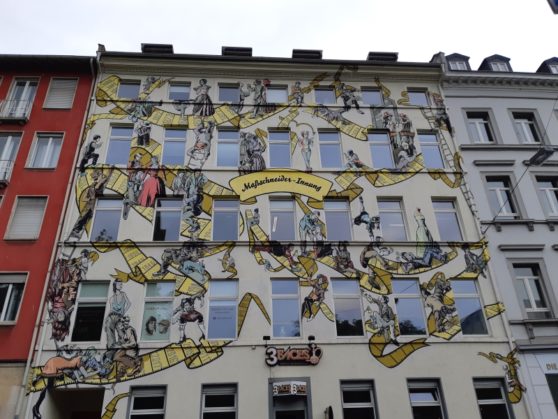 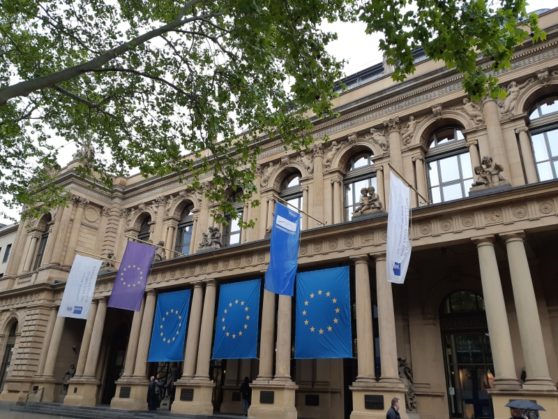 Immediately we’ve found Uber and decided to ride it to the airport at night to get up a little later and get there faster. As a result, a trip to the airport cost us 17 eur and we were very quickly at the airport (15-20 minutes).

It is necessary to arrive at Frankfurt Airport in advance, as because of its size (it’s a really huge airport) boarding the flight begins very early. Arriving at the airport in a little more than 1.5 hours, we came to the gate right to boarding, not having time to enter either the cafe or the duty free. This is due to the fact that often planes expect passengers far enough from the terminal, therefore it takes more time to deliver everyone on board on time (in our case, everyone was taken by bus).

So we’ve liked our stop in Frankfurt and glad to add the new city in our list!