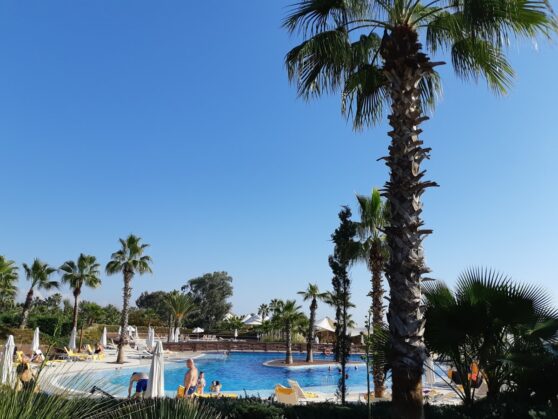 I dedicate the jubilee 200 post in my Blog to my favorite topic – visiting the SPA in hotels, in this case at the Kaya Palazzo Golf Resort in Belek, Turkey.

After placing in the room, which I told you about in the previous post, we immediately ran to the SPA, because haven’t been in it for almost a year 🙂 In this hotel, in order to get to the SPA in January 2021, you had to make an appointment with the SPA reception in advance. The entry was made in a large journal, with a pen, I immediately remembered the school 🙂

The SPA area at the Kaya Palazzo Golf Resort is quite spacious, but not entirely comfortable: there were sun loungers for relaxation near the indoor not very large pool, but it was very hot and stuffy there. 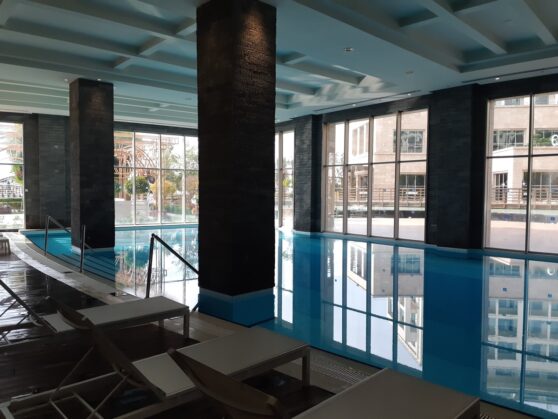 In the area near the jacuzzis, on the contrary, it was cool and there was always a lot of water on the floor, it was scary to crash. 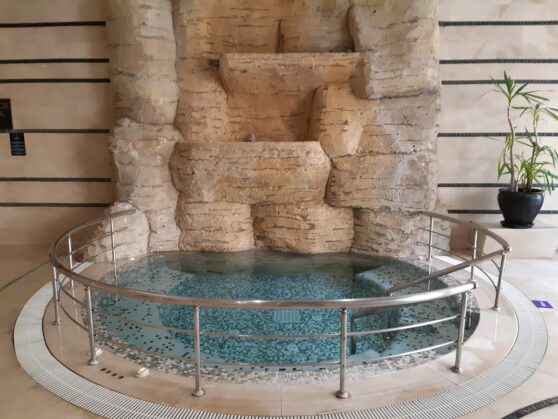 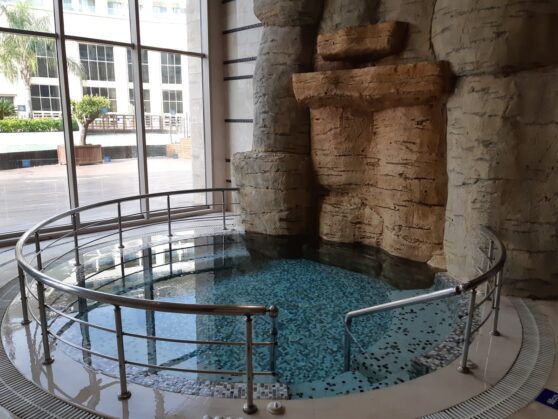 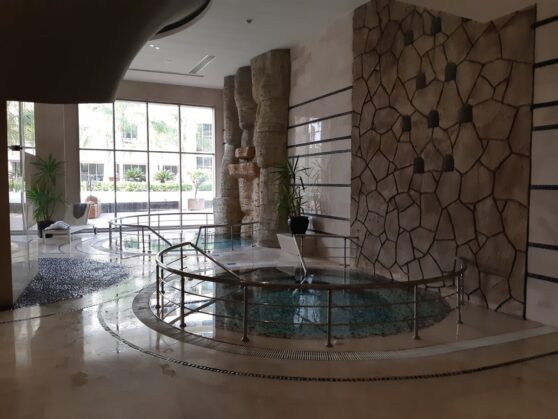 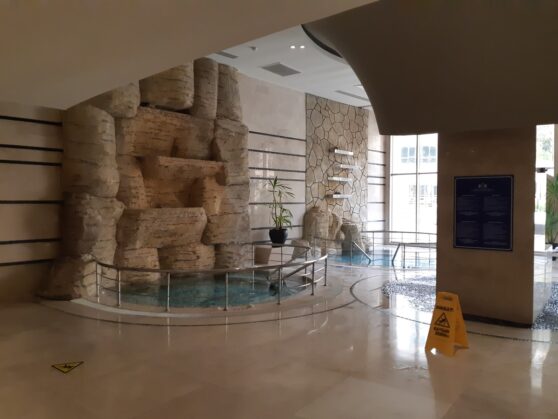 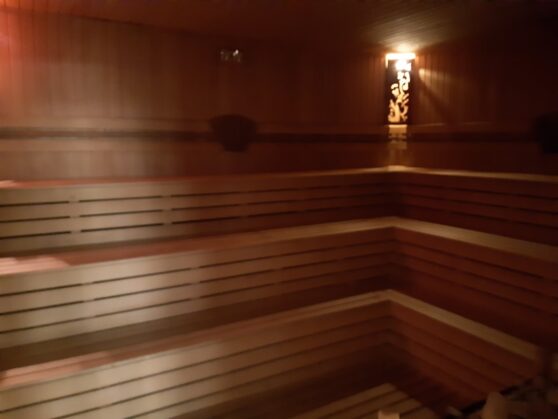 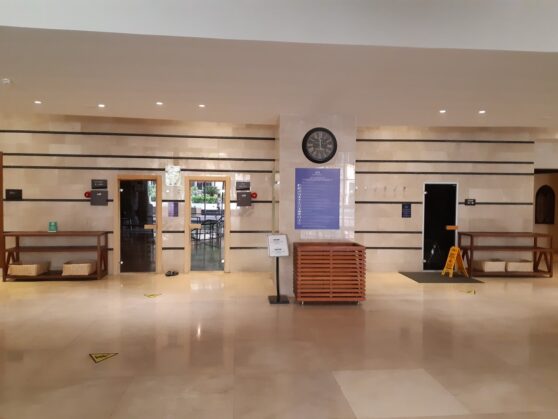 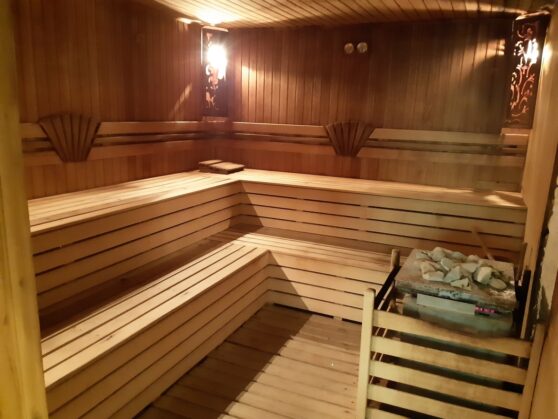 Further, there is a small hammam (you can get there, but often there were massages, so access was closed for guests), with a small area near with warm stone loungers (the temperature could not be adjusted by yourself). 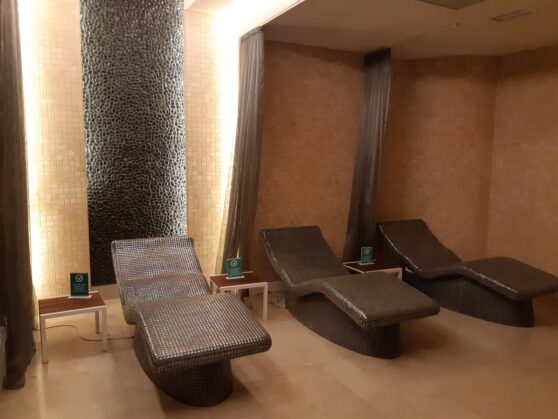 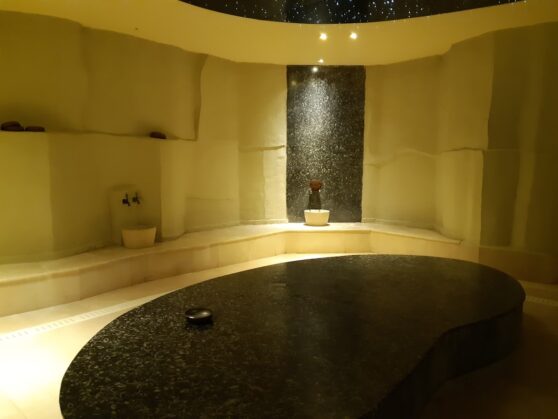 Each sauna had a sign indicating how many people could be in it, but, unfortunately, few of the guests followed these rules, only foreign tourists (which were an absolute minority in the hotel).

In between our SPA visits, we ran into a beautiful outdoor heated seawater pool. It turned out to be a great idea: after visiting the sauna, go for a swim in the open air in the pool. 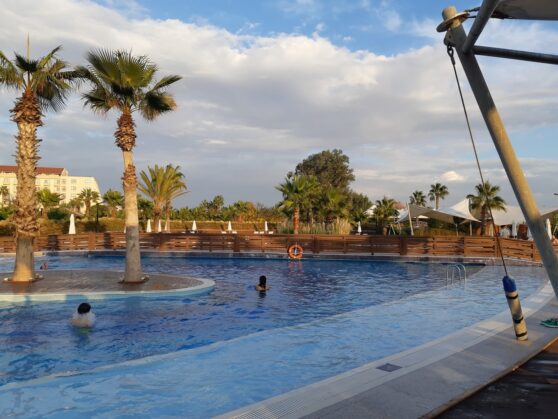 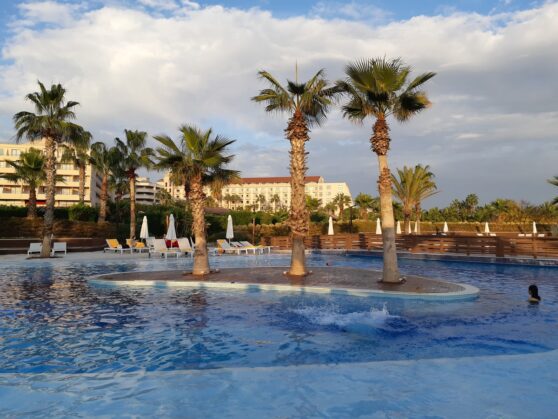 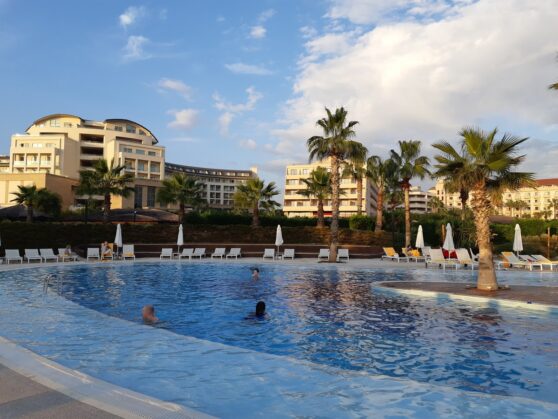 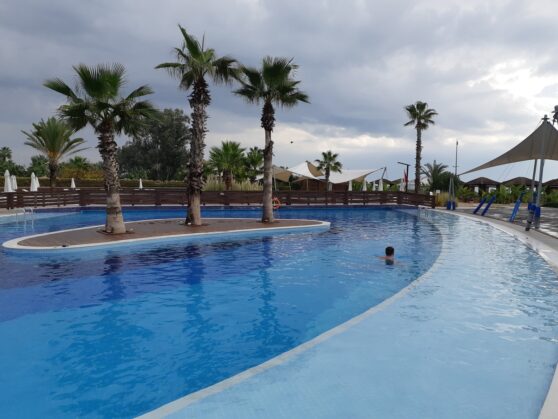 This pool is not so big, and only half is heated in it, there are sun loungers around the pool, but they were quickly occupied. The biggest disadvantage of the pool I think is the sand around it: some of the sand ended up in the pool, and I just hate sand, because it is everywhere 🙂

The hotel’s main pool is of normal size, with a children’s section and water slides. But this pool seemed to me quite small, and I can’t imagine how so many guests can fit in it during the high season. 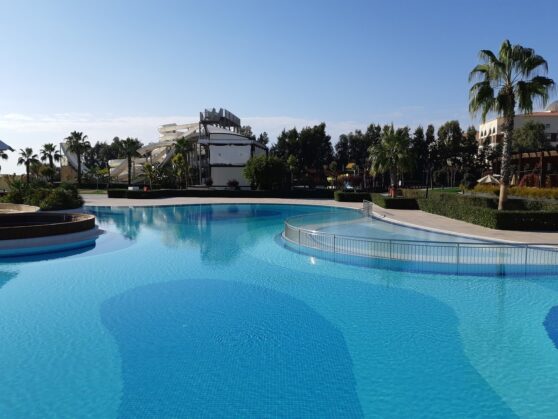 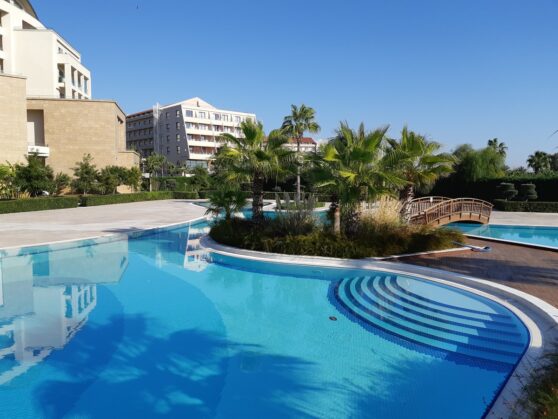 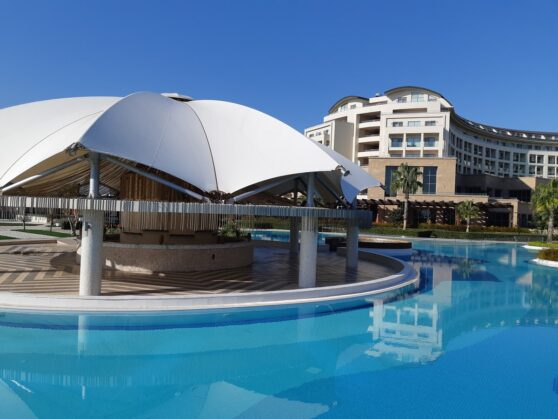 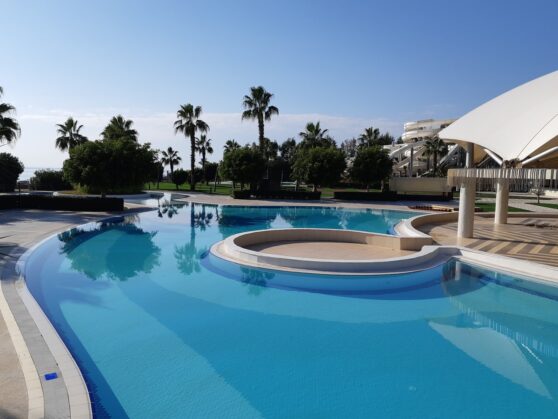 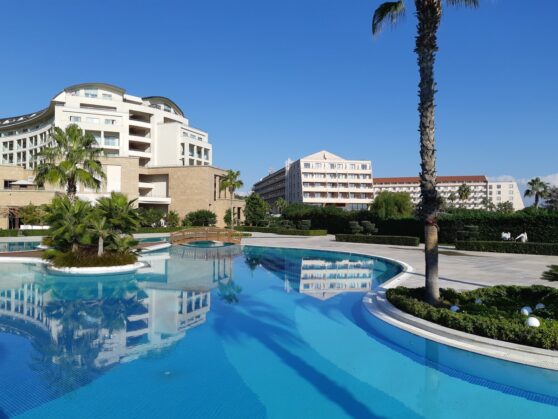 In general, it seemed to us that the SPA, the sauna area, and the indoor and outdoor pools are designed for a much smaller number of guests than the hotel had even during the New Year holidays.

But this infrastructure is definitely a huge plus of the hotel, especially for holidays in the low season.