May vacation in Bodrum 2021: where the soul calls 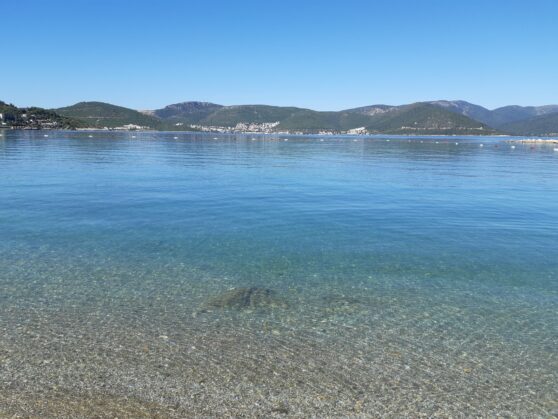 In May 2021, I was honestly going to Montenegro or even to Egypt, but brought us back to Turkey 🙂 Montenegro seemed too cold and rainy at this time, and Egypt, on the contrary, was very hot, so I remembered my beloved Turkey.

In 2017, for the first time we visited Bodrum, Turkey, and we really liked it and really wanted to return, even 2 hotels were already ready in my hotels plan to visit. And then, almost thanks to the pandemic, there was a reason to go to Turkey again 🙂

The last straw was the cancellation by Turkey of the PCR test for the entry of Ukrainian citizens for the period from May 15 to June 3, 2021, which means that we are flying there.

But before flying, it was necessary to choose and book hotels, as well as decide when and what airlines to fly from Kyiv to Bodrum.

Everything was easy with the flight: because of the lockdown in Turkey, I did not dare to take tickets for regular flights, and I really did not want to fly with a night flight or with a transfer, so I immediately studied the options for charter flights from Kyiv to Bodrum. And I chose a flight from Azur Air, which I bought a week before departure from the tour operator Anex Tour.

But with hotels, everything was very difficult. The hotel that impressed me in 2017, even though we only stayed there for 1 night, Kempinski Barbaros Bay, was on my list to visit in 2021, but regretfully I had to cross it. For several weeks I corresponded with it and saw that the date of its opening was repeatedly postponed, and after opening it turned out to be a hotel without infrastructure (pools, spa, main restaurant do not work), but at the same time asked for a lot of money for such a vacation.

The second hotel on the list, which eventually became the first, was the “golden hotel on the mountain,” as we called it during a short acquaintance visit in 2017, Be Premium Bodrum (formerly Paramount, Royal Palace). I finally decided to book it after online from the hotel, and I was looking for a long time where I could book it. I was already going to take it on the hotel’s website, but then Anex Tour reduced its prices and I managed to take it for 3 nights through it.

Further on the list was fog, because what I wanted or did not open, or did not work at full capacity due to the lockdown. And then, unexpectedly, I remembered about the Lujo Hotel, the construction of which we saw in 2017, and it was really very interesting what kind of miracle the hotel was built. But it postponed its opening until May 20, which means it became the third in the list of hotels where we will live in Bodrum in May 2021. The cost of Lujo Hotel is not for the faint of heart. And I have been digging all the sites for a long time to find it at a more pleasant price. And to my surprise, I found it at a great price on the website of the tour operator Tez Tour. But it was not sold by Tez Tour itself, but by its partners in the Tez World Hotels program, where there were rather strict booking conditions: instant confirmation, but payment during the day. But until recently, I was very afraid, and suddenly they would not check in us at such a good price 🙂

It just so happened that I had 3 nights in the first hotel and 3 nights in the third, and I never found 2 nights in the second  I already wanted to take Swissotel Bodurm, or even Vogue Bodrum, or Marmara Bodrum, but I didn’t like these options so I searched further. Until I watched a live report from the updated Rixos Premium Bodrum, where we stayed in 2017. And I realized that I need to go there 🙂 Urgent 🙂 But no one wanted to sell it for 2 nights, and I went directly to the hotel to the representative of the hotel who was reporting live from there. Thanks to her, I booked 2 nights in Rixos and breathed a sigh of relief.

So in my program there was a “golden” hotel, a sincere hotel, and the last one was a cool hotel 🙂

And I happily prepared to wait for the day of departure, but it was not there 🙂 The thriller intervened in my story again and disturbed my peace 🙂 But I’ll tell you about this next time 🙂