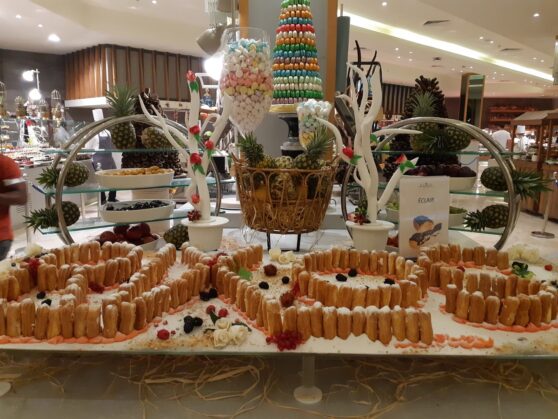 In the first part of my review about our first visit to the Rixos Sharm hotel, I talked about the hotel’s check-in, SPA and beach. I also promised not to make hasty conclusions, but rather take us to a beach bar.

Bars are always the pride of hotels, but apparently not in this case. On the beach, the bar looks more like a canteen with tables and chairs, where you need to go to the counter and take the desired drink. Nobody will bring it to you, nobody will approach you. The quality of the alcohol seemed to us immediately questionable, although it was promised that the concept would include imported alcoholic beverages. So it turned out (after getting acquainted with the bottles) that these are replicas of imported well-known brands of alcohol, but in a simple way, they are practically fakes. But in general, the alcohol tasted better than the local one, only some guests could not understand what they drink and asked the waiters where the original imported alcohol was. And closing the topic of alcohol, only those on the menu make cocktails here, and not very well. The bar near the relax pool turned out to be more pleasant: with good service and pleasant waiters. We were even served chips with our drinks 🙂

I continue my story. Oh and yes, here we saw ice cream in the refrigerator near the beach bar, but we got the creepiest one in the form of frozen fruit juice, because the rest was taken by other guests of the hotel, and more than a few days it was never replenished. There are also refrigerators with water, which you can take unlimited.

I also saw from the map that there is a gozleme and ayran on the beach, and after an unsuccessful trip to the bar, I took us there. Well what can I say? All lovers of gozleme and ayran, these wonderful Turkish pieces, have nothing to do here 🙂 Ayran does not look like it at all, and the gozleme were terribly salty, overcooked and peppered. And there were no people who wanted to taste them at all.

The fact that the hotel was completely filled could be seen not only on the beach, but also in the main restaurant. We tried to go here only for breakfast, because at lunch and dinner there were huge crowds and often queues for food. Yes, the hotel is proud of its main restaurant, and even posts an announcement of how many dishes are waiting for guests today, but we didn’t like the breakfasts very much: the pastries were not bad, and the rest of the dishes were so-so. Several times I tried pastries for dinner, but I could not find anything tasty. But the ice cream was great, and so were the fruits. 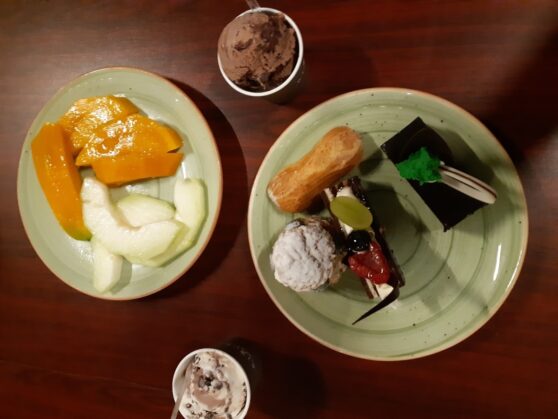 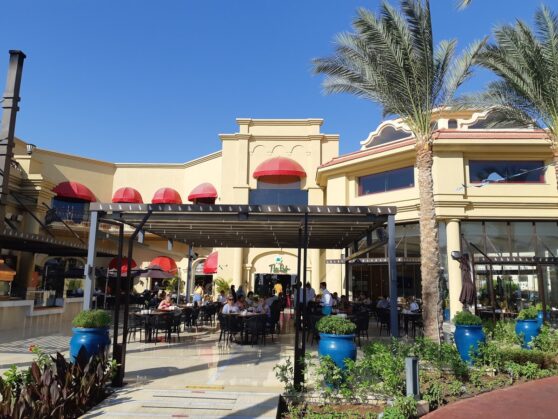 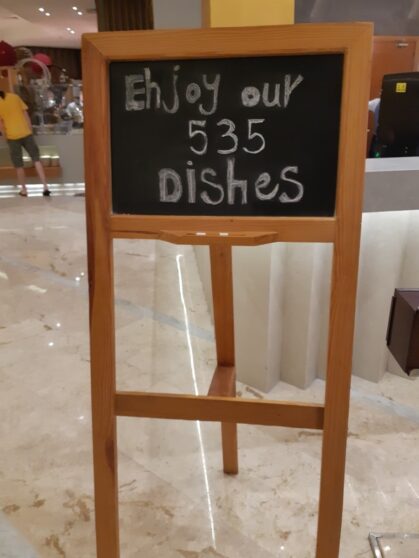 The first evening we went to an Italian à la carte restaurant, and it was our most successful dinner at this hotel. Both the service and food were decent and tasty. Only my husband’s steak and my lamb were a little tough. Otherwise quite good, I recommend to visit this particular restaurant. 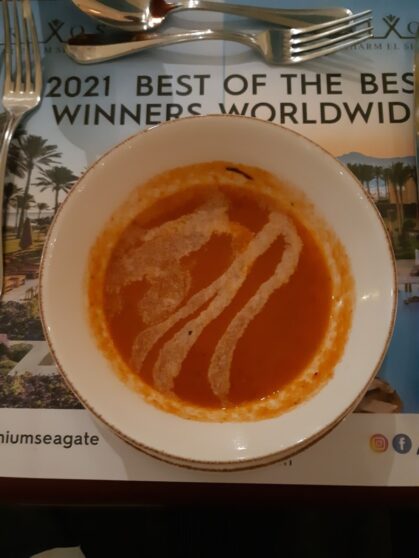 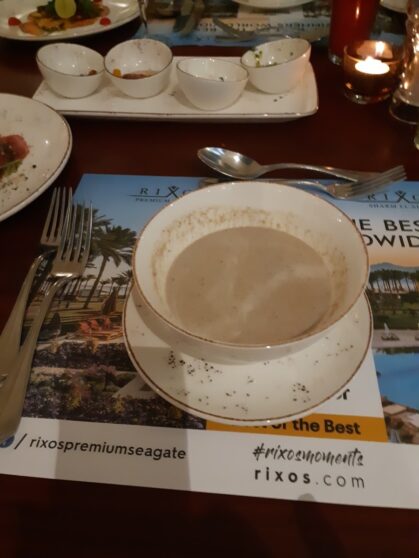 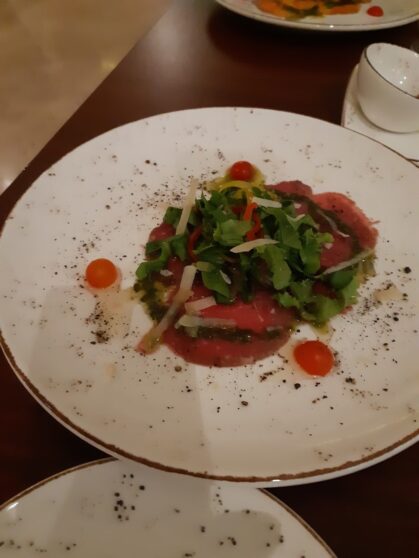 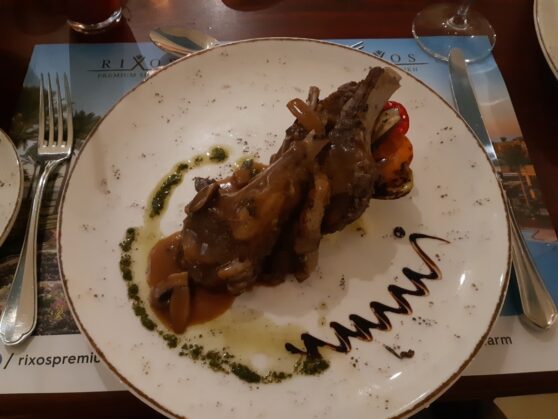 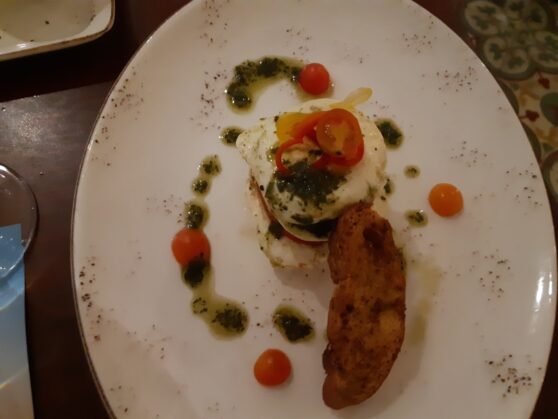 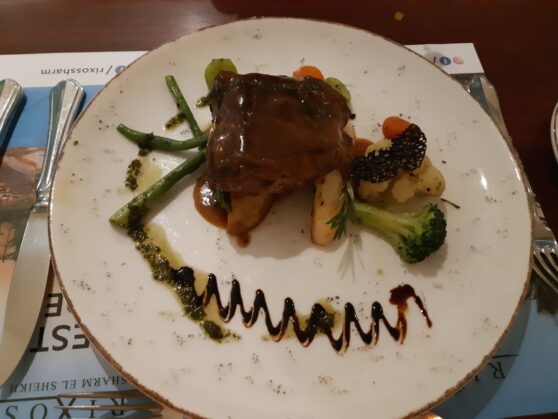 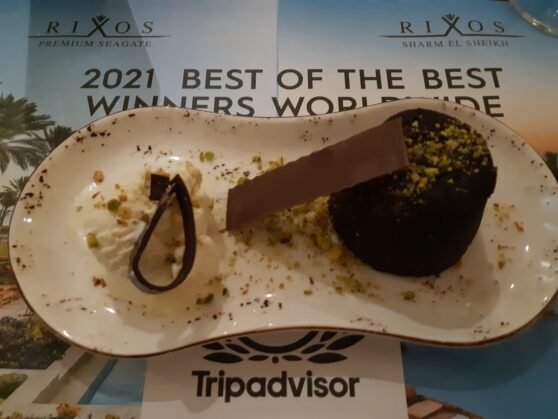 Then we went to a seafood restaurant located by the beach. Here we were awaited by a good, but rather slow service, and most importantly, not very tasty dishes. And the dessert was completely tasteless, I didn’t even eat it (which is rare for me) 🙂 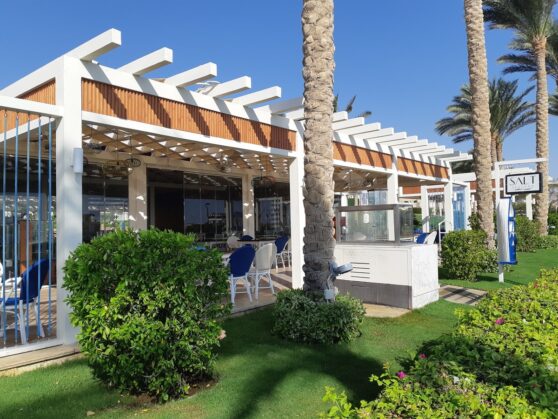 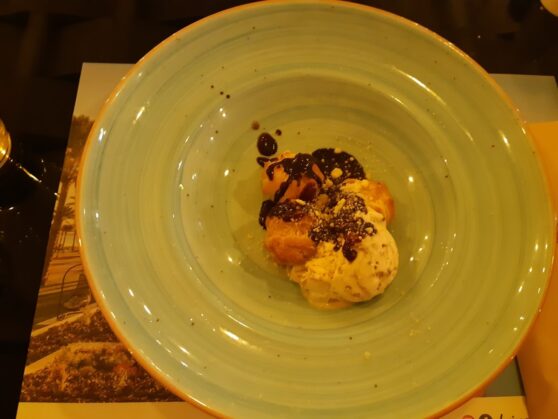 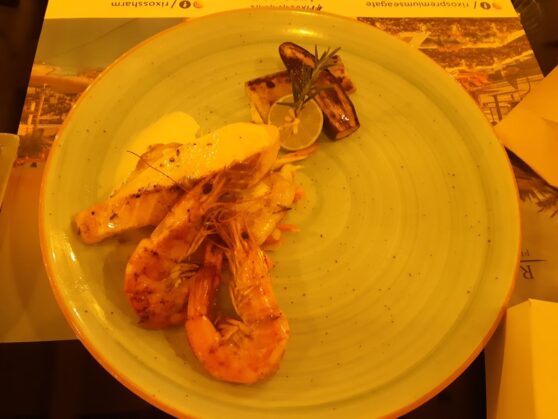 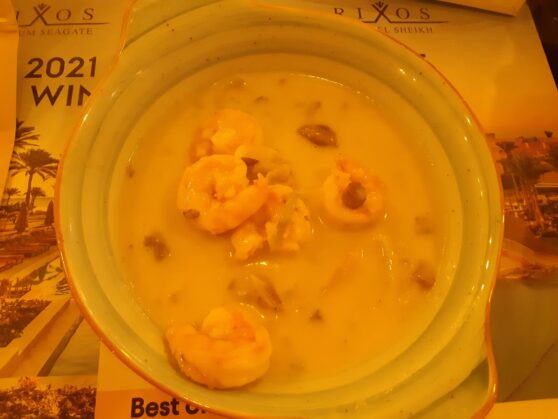 Well, we finished our culinary acquaintance with the food at the hotel in a Brazilian restaurant. This was the hardest place to get to. And in the end, we did not like it at all. And the concept itself seemed a little strange to us, because appetizers, soups and desserts had to be chosen at the small buffet. But the meat was brought to the table and slices of your choice were cut off. As a result, they brought us grilled chicken, shrimp, lamb, pineapple and several types of beef, which were loudly called different types of steaks that have nothing to do with this tired tough meat. 🙂 It’s just the meat that absolutely not the meat that needs to be grilled and served, calling it a steak. 🙂 At best, such meat can be put on cutlets and meatballs 🙂 It’s good that we immediately realized that this was not the proper meat, but the guests at the next table were surprised why this meat was so tasteless, and said that it was good that they before did not try steaks 🙂 In general, we left this place almost hungry, surprised at how the waiters persistently asked guests to leave reviews about visiting this restaurant. 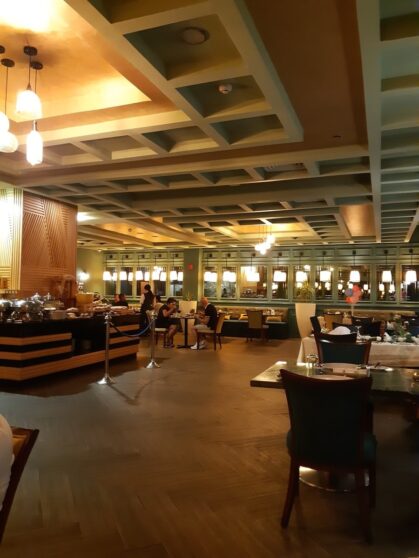 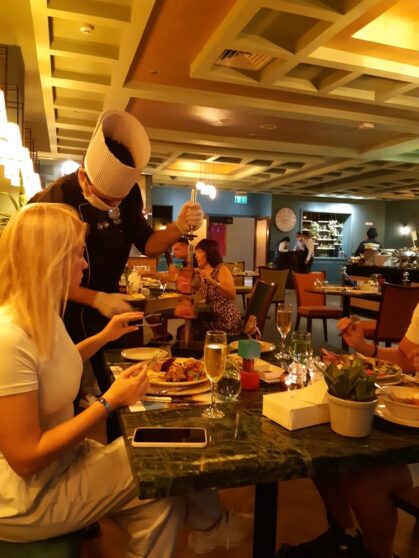 This is how the Rixos Sharm hotel seemed to us: noisy, very tired in places, not very tasty and not very pleasant in service. But one moment added a pleasant impression: all hotel guests can visit the neighboring Rixos Seagate hotel for free, which I will tell about in a separate review.

Well, about the conclusions. The hotel seemed to me a pale resemblance to the Rixos hotel chain in Turkey, but in an Egyptian manner. And it seems to me that the hotel management should urgently reconsider its attitude to hotel management:
– teach chefs to cook delicious food. You do not need to make 500 dishes, it is enough to make several times smaller, but tasty dishes (as, for example, the staff do at the Rixos Premium Bodrum hotel). And yes, if steaks are declared on the menu, then the meat must also be correct (as, for example, the staff do at the Four Seasons Sharm, ordering the right meat for the right dishes from abroad)
– train the hotel staff on the basics of service and attention to guests
– increase the number of sun loungers and umbrellas on the beach
– increase the number of sun loungers and umbrellas by the pool
– increase the number of tables on the open terrace of the main restaurant
– add a snack restaurant for a possible snack during the day
– revise the concept of imported alcohol: let it be several units of alcohol, but original
– make an ice cream corner available throughout the day, fill refrigerators with ice cream of a normal type, and preferably different
– make a complete renovation of the SPA
– to make available a system of online booking in a la carte restaurants
– make a detailed map with the concept of the entire infrastructure