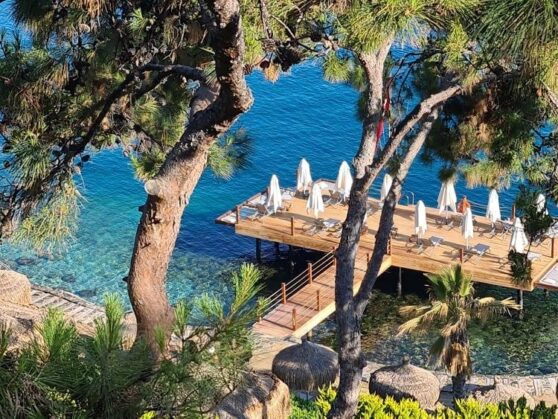 Meet the favorite heading from my sister Polina, who today begins a story about their vacation in one of the little-known hotels in Bodrum in June 2021. I myself have considered this hotel more than once for our holiday, but for some reason it did not work out. And now it’s clear why 🙂

The hotel was found in February on a favorite site. Beautiful photos of interiors, breathtaking views and breathtaking photos of food. The reviews are only good, that didn’t seem strange, and even the absence of a hotel on the Booking was not surprising.

For the sake to get to the hotel, I planned a trip from Kyiv to Bodrum by car. The program also included Istanbul, but that’s a different story.

The hotel area is really small, the rooms are located like an amphitheater. Small reception desk is situated in a separate building.

We were given a room, as I requested, at the very top with a great view. 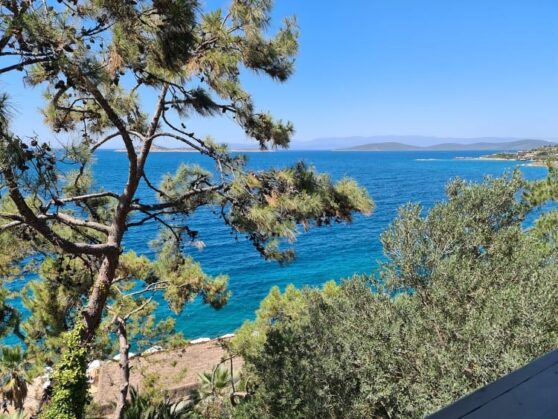 White spacious room with a large terrace and necessary furniture. A wide bed, a bed for a child, a mini bar, plasma TV and a table with two armchairs. Large dressing room in a separate space and shower / toilet. The bathroom is huge. 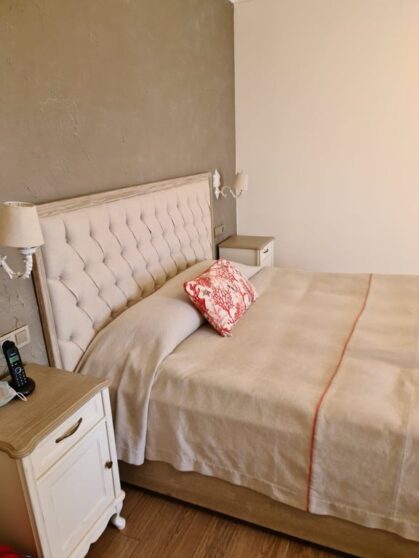 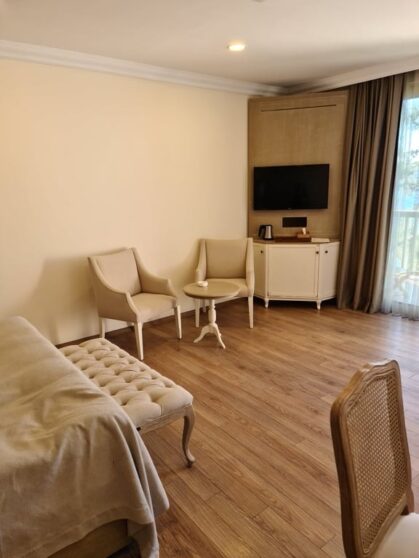 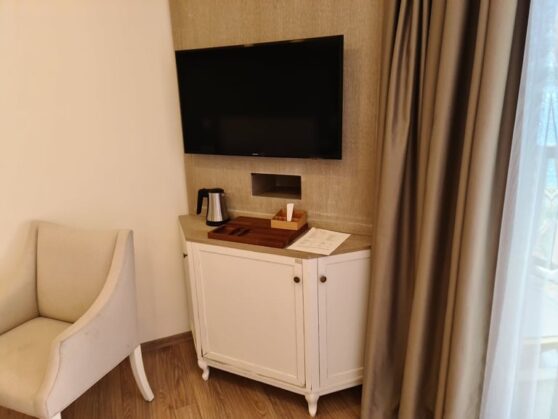 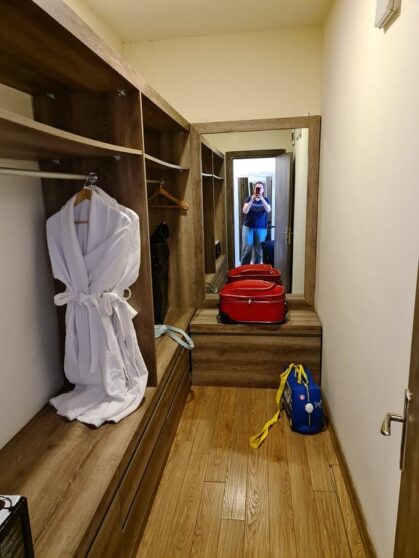 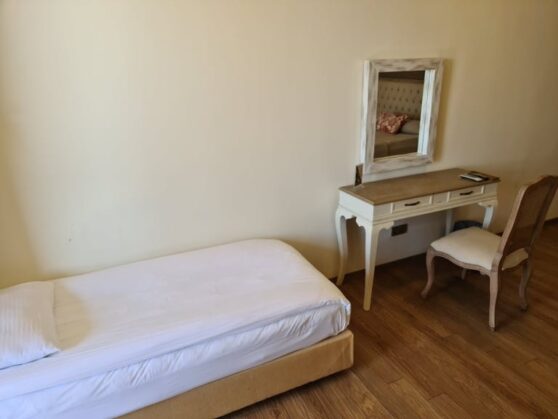 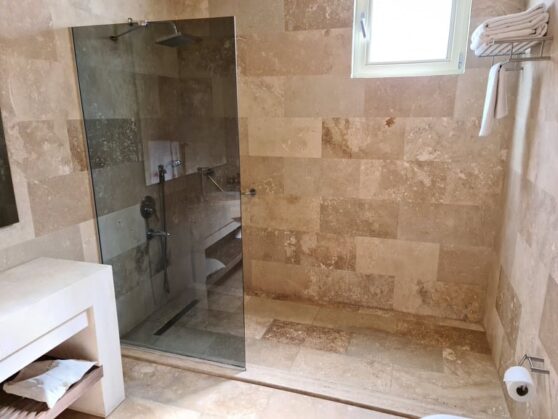 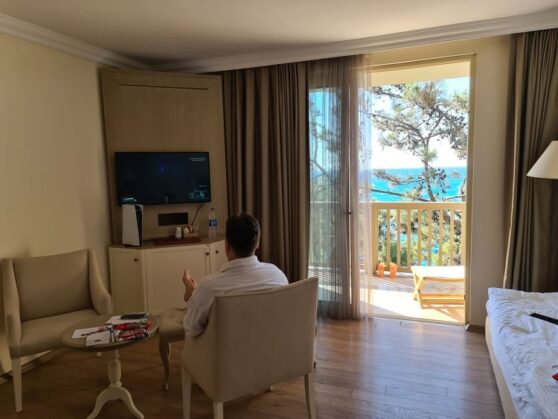 But at first we were upset, because the photo we’ve seen before showed another room with space zoning: a bed on a dais, and not a living room with a sofa. We explained and we were shown such a room. It was on the floor below, the view was not so spectacular, and the worst thing was the smell of dampness, shadow and cold from the stone, which was laid over the room. To add to this a tiny dressing room and a small bathroom, so we immediately refused.

As a result, we realized that our room was decent, bright and spacious. But the fact that there was often no water, there was practically no hot water, and the minibar was never replenished, we could not get used to this.

In a hotel that was selling for 4500 euros for 15 days for 2+1 (the official price on the hotel’s website), you had to write to the manager personally about the end of the toilet paper! About water too. Once they brought 4 rolls of toilet paper, but after cleaning there were 2 left. But it was not the worst, there was a huge surprise with the food, as well as with the entrance to the sea …