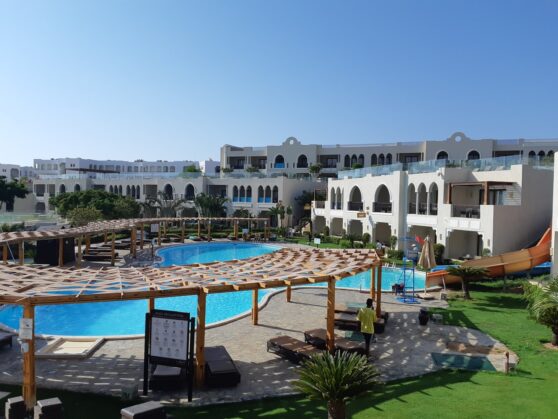 We already visited this hotel in 2015, and we were already familiar with a lot, but we really wanted to see what has changed and how the hotel is doing in the difficult times of 2020.

Right after breakfast we came to the sea. What has changed on the beach and the sea over these 5 years?

The most important thing is that now the hotel has a large stationary pier with 3 convenient entrances to the sea via stairs, and another one, where children constantly jump into the sea, you need to be careful there. Everything is fine with the pier, but each step of the staircase is lined with a very sharp coating, it is very uncomfortable to sit there, and you have to put on a mask and fins very quickly so as not to damage the ass 🙂

The beach is still the same: small and cramped, umbrellas and sunbeds are still closely spaced, there is absolutely no distance. 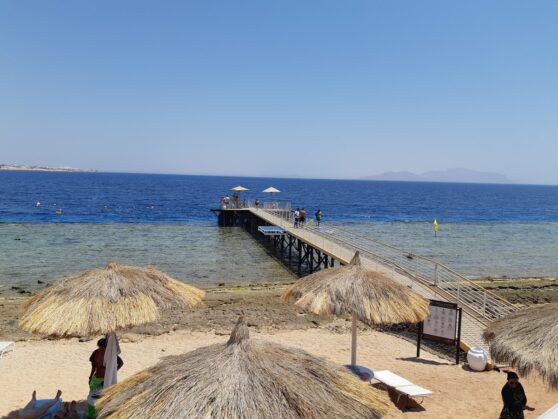 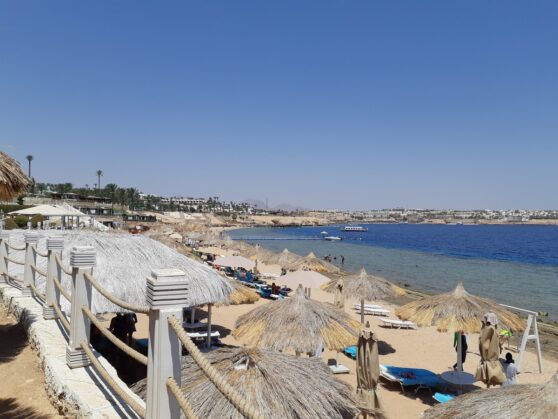 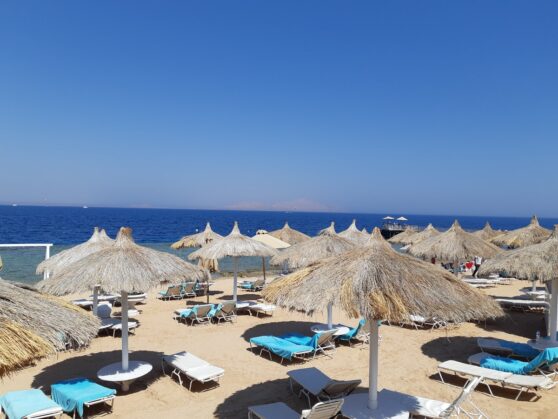 Once we took advantage of the free beach cabana and it was a great solution to be away from other hotel guests. 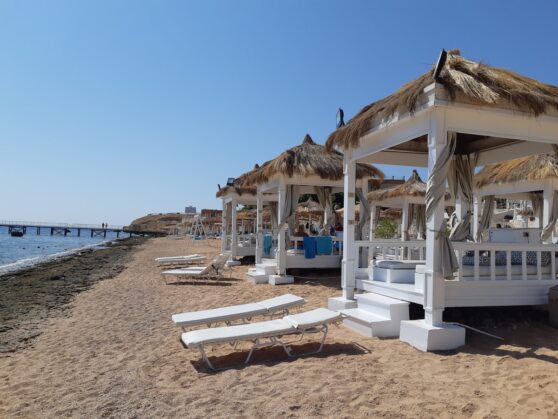 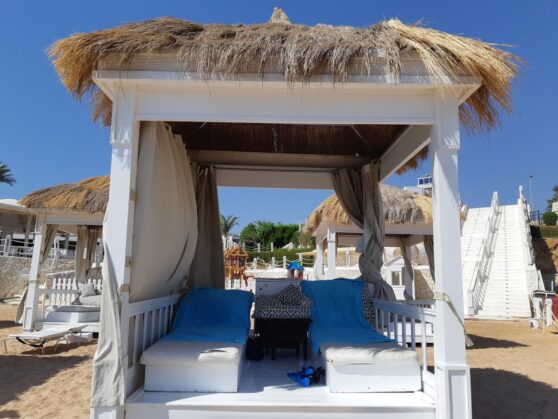 The cabana is comfortable, there is a refrigerator, comfortable sofas, it’s possible to make a good shade. The sea is near, but the entrance to the sea is only from the pier, which is located on the other side of the beach. Once we went down into the sea from the pier of the neighboring hotel Sultan Gardens, because it’s very close, but heard from the employee of this hotel that we can’t use the pier, since this pier is only for guests of this hotel.

Unfortunately, the reef has become less colored in 5 years, the fish are there. We had swim from the hotel further to the Sultan Gardens pier and even further to the end of the hotel line, the reefs in the area are uninteresting, many are almost dead. But we found an excellent way out – to swim in the direction of the Coral Beach Tiran hotel: in that direction the reefs are interesting, there is something to see. But it’s not allowed to swim there because there is a cape and many boats and ships float, so you need to be very careful there.

A pleasant change was the appearance of a green area above the beach: there are few sun loungers with umbrellas, beautiful views of the sea from above; it is convenient to go down the stairs directly to the pier. 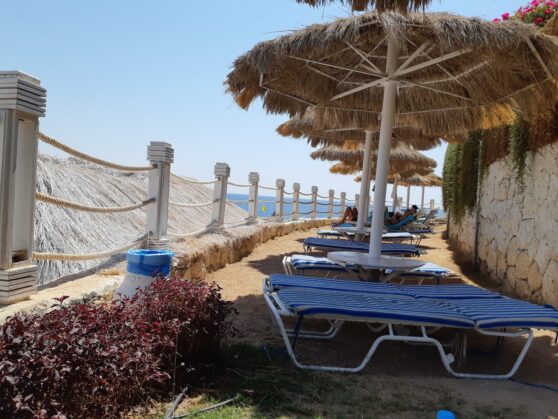 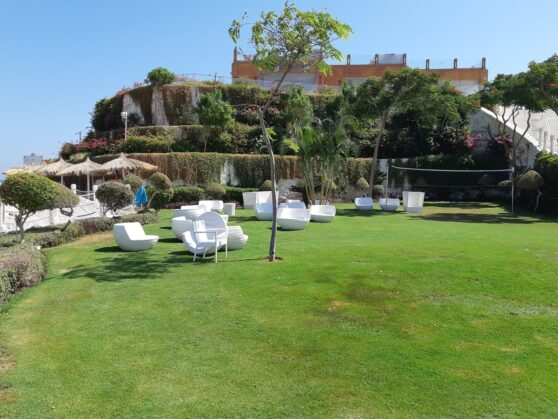 There we liked to be the most, if not for one BUT.

Every day, animators came to this place at 10-11 in the morning and turned on VERY loud music, luring guests to various events: exercises, yoga, foam party, and more. We just didn’t understand if the hotel management knew what times were on the street, and that it was necessary to strictly limit group events, and simply cancel them 🙁 But as it seemed to us once again, the hotel does not care a little 🙁

There is still a shuttle bus running through the hotel from the beach downstairs to the main restaurant upstairs. Many people used it, as the territory of the hotel is very steep with a lot of stairs, and not everyone (like us) will like to walk on them in the heat. 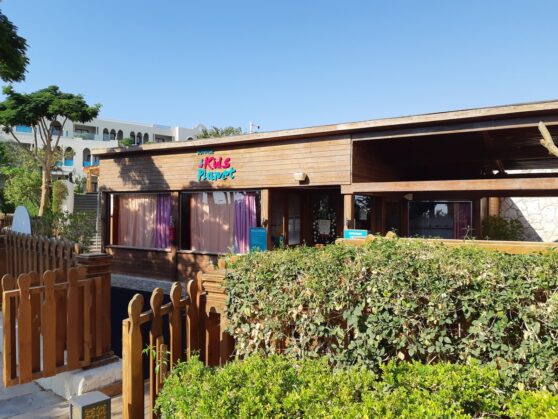 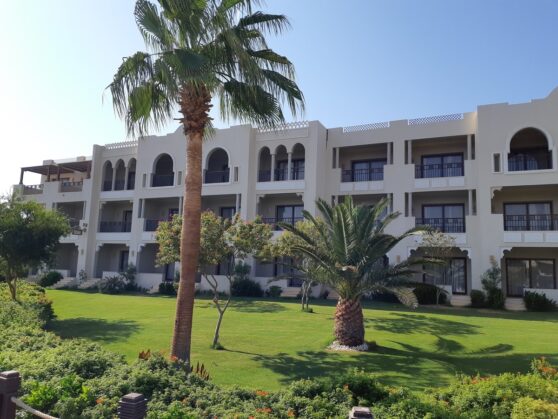 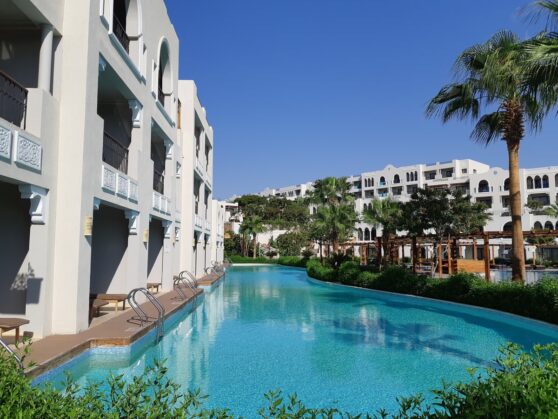 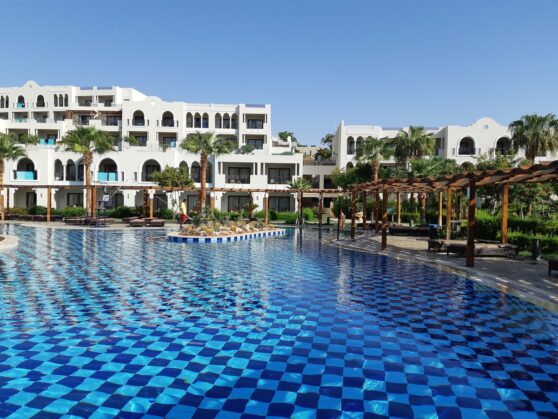 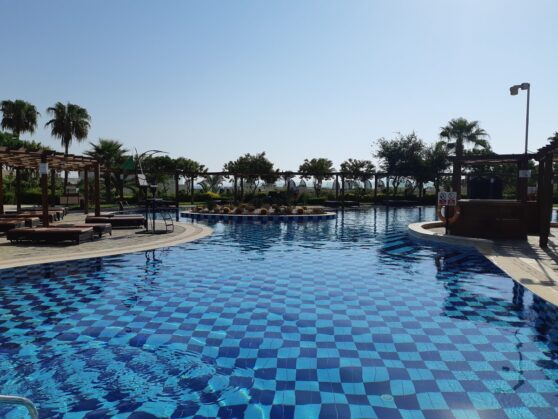 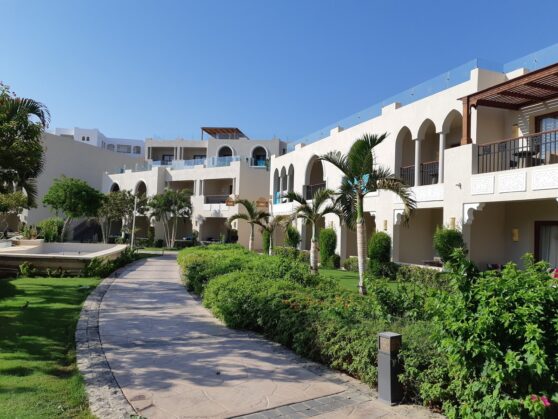 The only place in the hotel that remembers the virus time is the main restaurant. We went there a couple of times for breakfast and dinner. All food on the buffet is presented behind glass or behind a fence, guests line up (without masks) trying to see what is behind the fence (snacks, desserts, fruits, soups, bread) and trying to get what they want (the employee does not always understand what exactly you want).

The most important and sad thing for us is saving on food and especially on the quality of cooking. Yes, the choice has become smaller, but I would like to try something tasty.

We didn’t like the soups, the desserts are terrible and all the same, the meat is tasteless both in the buffet and on the grill on the street (the smoke from which is probably visible in Europe, it’s just not good at all), the selection of fruits is good, there is porridge for breakfast, but the pancakes and waffles are just as creepy as in the Royal Club.

Once again, we were delighted that we had breakfast at the Royal Club, and 2 nights out of 3 we had dinner at a la carte restaurants. It tasted better there, BUT.

In the Italian a la carte, which turns into a daytime restaurant on the beach, we have eaten very tasty meat and a good seafood platter. The only problem was the terrible heat, which made it difficult to eat normally.

The French restaurant was not so tasty. The soups were good, but the ordered tuna carpaccio will for a long time become the most terrible dish we have tried in hotels. The tuna I ordered as the main course was overcooked and looks like a sole. We didn’t like the dessert either. It is a pity that, even with good products, the hotel is not able to cook them well.

The last straw of negative changes was the daytime restaurant by the beach. 5 years ago we had a pleasure to dine there and were always satisfied with the choice and quality of preparation. Now salads, pizza, and desserts are very poorly prepared, often impossible to eat. And get ready for a long enough wait – the kitchen can’t keep up with the number of orders it receives. At the same time, you can also eat very tasty 4 types of Nestle ice cream there.

I think the hotel should either change the chefs or train them not to spoil the food, because food is becoming a real threat to the hotel level. And not only have we thought so: more than once we have observed disgruntled guests who complained about the food to the restaurant management.

And one more important moment. It seemed to us that the hotel had more than 50% occupancy, as allowed by the rules. Both the beach and restaurants were overcrowded with guests, close to the level we had 5 years ago when the hotel was almost full.

Therefore, once again we were glad that we chose the Royal Club accommodation, where there were few guests, and good service with included advantages.