Travel to Poland in winter with child. Krakow, Hotel Royal 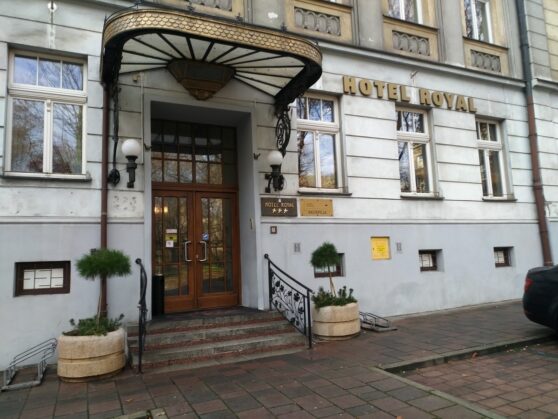 I’m Polina, Yuliia’s sister, I continue my story about staying in hotels with children. About our first travel destination in Poland – Katowice – I’ve told you here.

Then we’ve headed for Krakow. The road on the autobahn is beautiful.

In Krakow, I’ve also chosen a hotel for its central location, good room size, since we stayed 4 nights here. My choice was Hotel Royal.

The biggest plus of this hotel is its location. It stands opposite the Wawel Castle. Market Square is a 10-minute walk away, and there are a number of tram and bus stops that go to all ends of the city.

The hotel is in an old building, but there are no signs of old age. The hotel parking is small and therefore expensive. But we needed it just for 1 day, as we passed the car next day. It was cheaper to travel by transport, buying a ticket for three days.

I also wrote a letter to the hotel, asking for parking and asking about the availability of a bed for a child. Here the fun begins. The room was booked for 2+1 and in the photo, except for the bed, there was a sofa.

As a result, when we’ve arrived, we were offered to look at the room. Top floor, view of the park alley and the church. 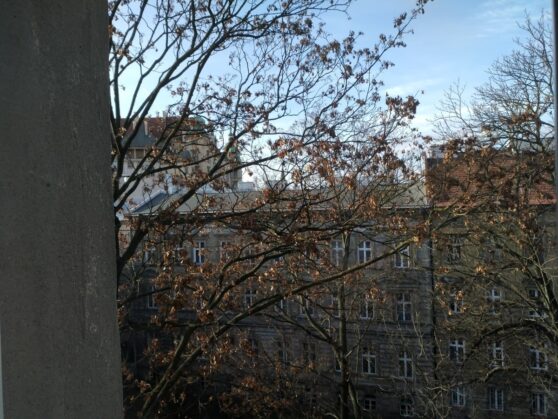 Large and spacious room with high ceilings, in which, besides the bed, a sofa was laid out and prepared. We were delighted as everything looked good. The room is well heated and you can adjust the temperature. 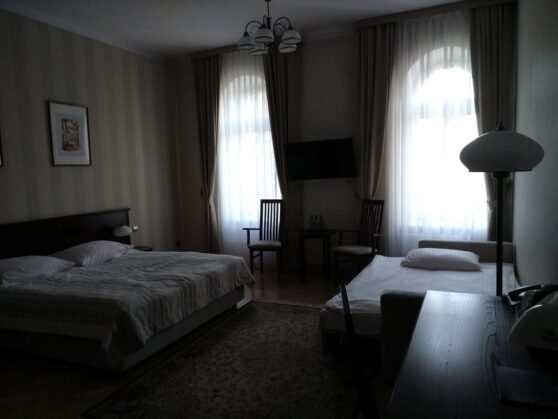 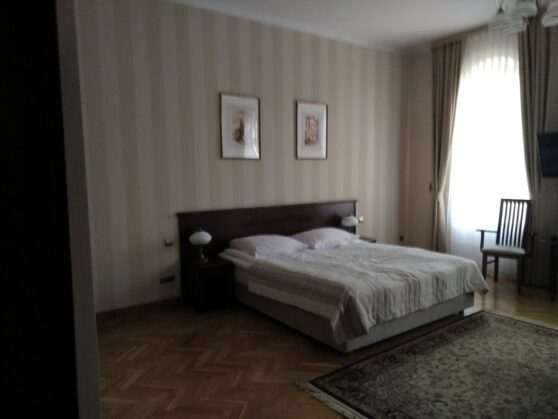 Later, the husband came down to pay and was unpleasantly surprised. The covered sofa was counted as an extra bed and was valued at an additional amount of 50 zlt or 300 UAH. But no arguing against the rules. As a result, the room cost 230 eur with all the options.

I did not like the lack of a minibar, a bin in the room, running to the toilet to throw it away is not very convenient. 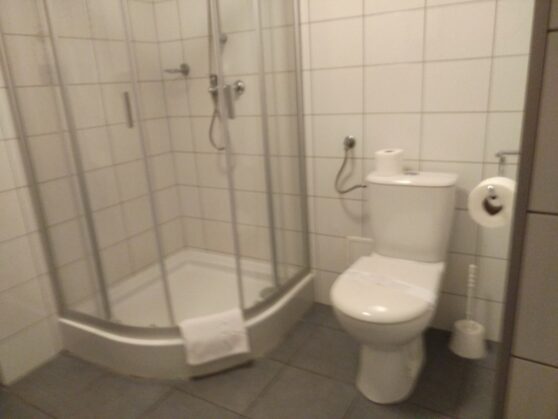 The pillows are old and decrepit, and the internet is just awful.

But the worst thing was breakfast. It seems that everything is there, but not enough for such a number of guests. For example, dessert was taken out once, 7 portions, then they put something tasteless, and what was before, could not stand it anymore. Omelet was terrible. How can you spoil an omelet, I don’t know (our child ate only chocolate rings with milk and fruits, which also need to be fought), coffee is just awful. 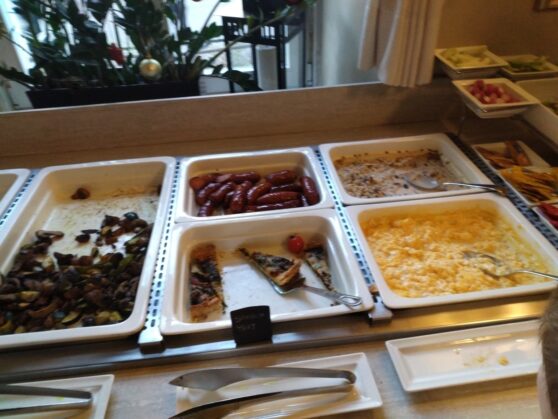 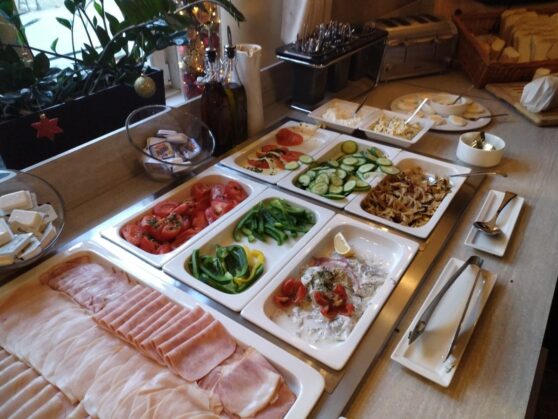 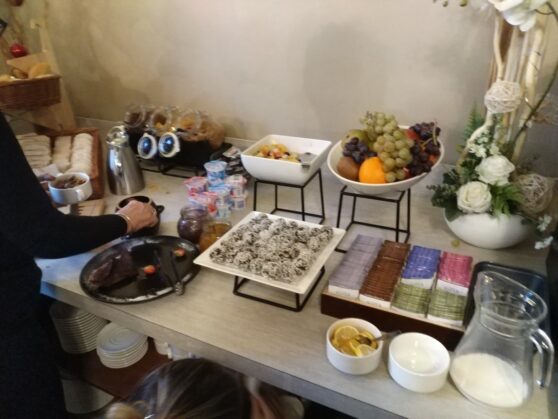 We tried soup in the restaurant for lunch – they cook quite tasty, but what happens in the morning is unclear.

As a result, I can advise this hotel to those who are willing to sacrifice breakfast (it is better to take a room without it) for an excellent and convenient location. And also for those who love ancient buildings and space.